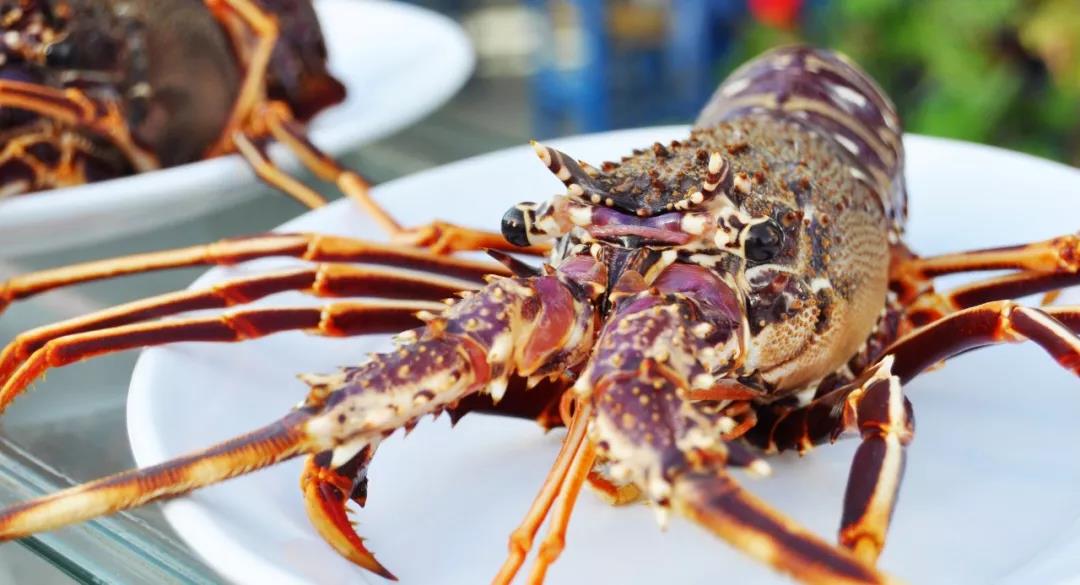 Australian rock lobster exporters are hotly anticipating the elimination of all Chinese import tariffs levied on their products on Jan. 1, as part of the two countries' free trade agreement (FTA).

The China-Australia FTA entered into force in December 2015, with the intention of boosting bilateral trade. According to Australia's Department of Foreign Affairs and Trade, Chinese tariffs still levied on 8% of Australian imports by value that did not immediately benefit from zero tariffs (85% by value) will do so on Jan. 1.

First set at 14%, Chinese tariffs on Australian rock lobster reached 3% in January of this year, before z-day on Jan. 1 2019. Matthew Rutter, CEO at Geraldton Fishermen's Co-operative (GFC) -- Australia’s biggest exporter of rock lobster -- told Undercurrent GFC has been preparing for zero tariffs since the FTA announcement was made.

“[Since the FTA announcement] GFC has been positioning itself to ensure that our product is distributed as far and wide as possible in China,’’ he said. To this end, the firm has been busily building partnerships and developing new markets for western Australian rock lobster across China over the last few years.

“We remain very optimistic about the China market under free trade,” he said.

Export prices fetched by exporters for Australian rock lobster have more than doubled since 2001, driving an increase in the value of total exports to AUD 683.6 million ($491.8m) in 2017 (see graph).

The confidence in China's market has spurred investment. In June of last year, GFC boosted its capacity to export live western Australian rock lobster with the opening of the world's largest rock lobster export facility in Welshpool, Perth.

Built at a cost of AUD 23m, it can hold 80 metric tons of live lobster in a climate controlled, computer-monitored aquaculture system, with more than 1,200t of refrigerated seawater. Australia's agriculture department also chipped in with a preferential AUD 3.4m loan. 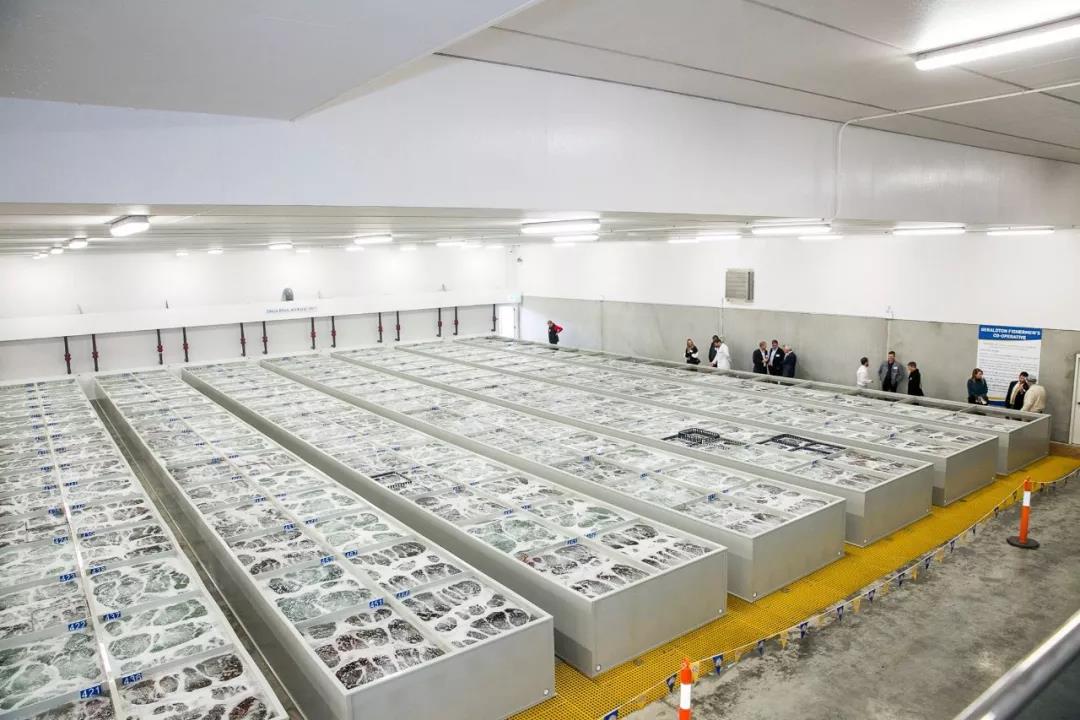 GFC said at the time the facility's location just four kilometers from Perth International Airport would see it "become the launch pad for direct entry into the China B2B and B2C markets".

Western Australian rock lobster in a tank at a restaurant in Guangzhou, China. Credit: Undercurrent News

Tropical Australian rock lobster in a tank at a restaurant in Guangzhou, China. Credit: Undercurrent News

“Southern rock lobster is a premium product and the most expensive in the market,” Ferguson told Undercurrent.

Despite the apparent willingness of Chinese to pay any price for rock lobster, Ferguson said zero tariffs would ensure its competitiveness in a fast-changing market.

In September this year, at a high-end seafood restaurant in central Guangzhou, the provincial capital of Guangdong Province in south China, Undercurrent spotted a pair of large-sized Australian tropical lobsters in a holding tank priced at an eye-watering CNY 79.9 per 50g ($11.48/50g, see photo).

Geraldton’s fishermen have been fishing rock lobster since the 1900s, using lobster traps not much different from the ones used today. Previously processed for low-value canned lobster products and then shipped mainly to the US, fishermen were rewarded with higher prices when lobster started being shipped whole in the 1970s to Asia, mainly to Japan.

By the time China blew everyone out of the market, and live airfreighted rock lobster became the norm, beach prices for western Australian rock lobster were soaring. In January 2012, average beach prices were AUD 37.18 per kilogram, according to Undercurrent’s price dashboard. In September of this year, they reached a record monthly average of AUD 85.16/kg. 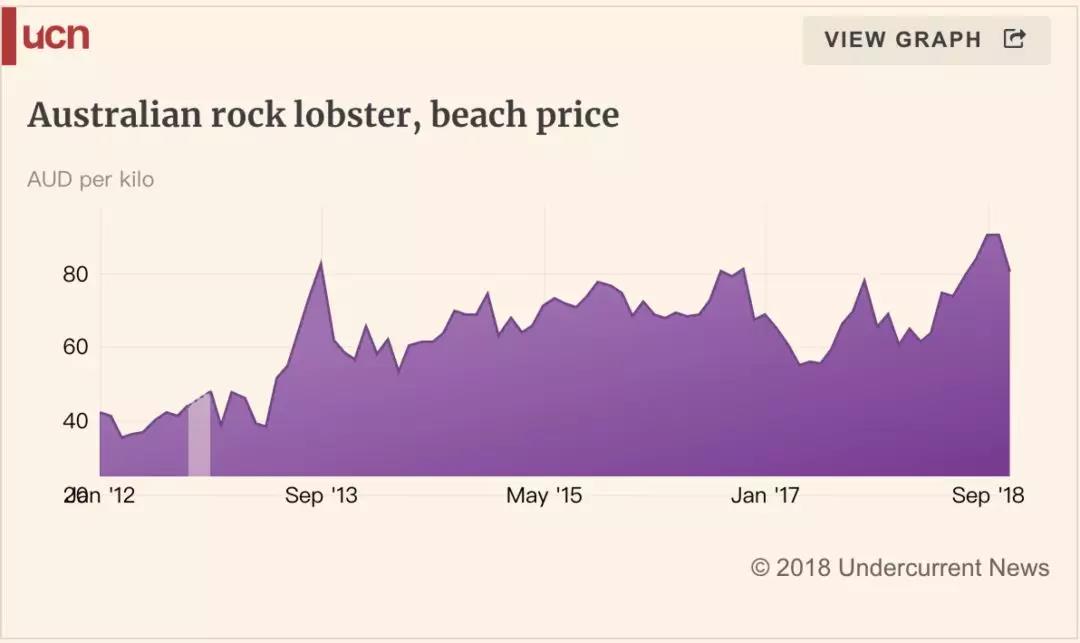 “We are just coming out of our seasonal low catch period. Our prices have been well supported over recent months while volumes have been low,” he said. "We are very fortunate that our quota renewal date and high catch period happen to coincide with the high demand Chinese New Year period."

“Some fishermen in the South Australian southern zone have caught their quota in record time; others have considerably altered their fishing effort as to target the higher market demand opportunities... a high volume of product has moved through the market already,” he said, noting the eight-month southern Australian rock lobster fishery starts in May.